It’s the first-ever partnership between an online lottery and a Serie A club. A coming together of two organisations, rising stars in different industries, that share the same bold approach. 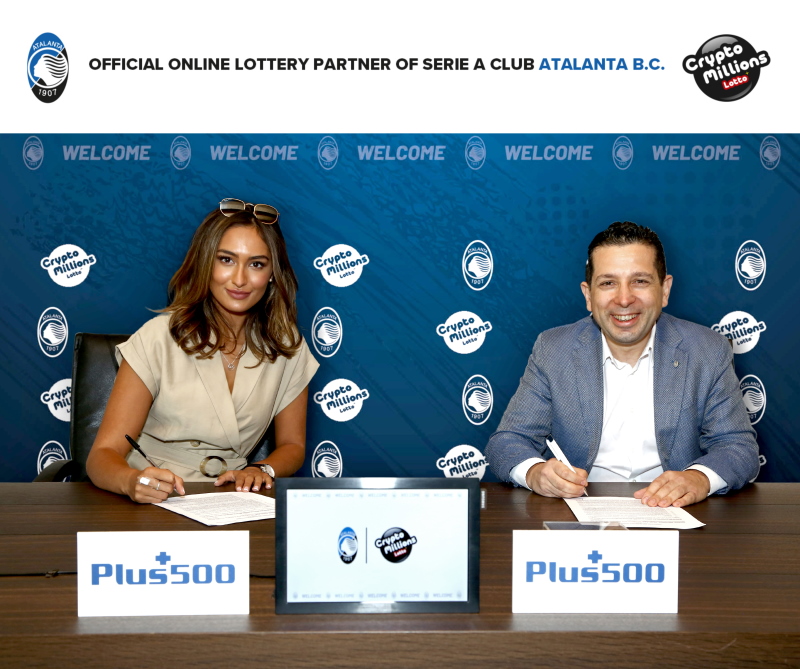 Both organisations are known for punching above their weight. Crypto Millions Lotto disrupts traditional lotteries by offering jackpots many times larger than their more established national competitors. Atalanta B.C. have established themselves as a top performer, finishing third in Serie A last season, ahead of some the world’s best-known clubs.

To demonstrate the pioneering approach of this partnership, one of the major steps it will take is to bring the world’s most widely used alternative currency, Bitcoin, into the mainstream.

Commenting on the partnership, Crypto Millions Lotto CEO Sulim Malook said, “We are delighted to have found a partner that has the same disruptive approach as us. With their outstanding performances in Serie A, and having established themselves on the world stage, Atalanta B.C. were an obvious choice of partner for us. This is going to be an exciting year for us both. We are planning to add a number of new lotteries to our site plus the ability to play using credit cards, whilst Atalanta B.C. will be mixing it with Europe’s elite clubs as they challenge for the Champions League again. We’re big football fans and we’ll be supporting them all the way.”

Romano Zanforlin, Commercial Director of Atalanta B.C., said, “We’re excited to partner with Crypto Millions Lotto, an ambitious company that is keen to increase its exposure with the help of Atalanta Bergamasca Calcio’s brand and global reach. We look forward to developing our relationship, which will also see our brand reach new audiences in Asia, Eastern Europe and Latin America.”

Crypto Millions Lotto is a lottery licensed to operate in more than 180 countries. Jackpots are fully insured and start at a whopping US$30 million, and roll over each draw until they’re won, which on average is every 3½ weeks. Draws are based on the outcome of the German National Lottery, which has been operational since 1955 and is televised twice weekly. This unbreakable link gives Crypto Millions Lotto complete fairness and transparency. Soon, players will be allowed to join the world’s biggest lottery syndicate and play using digital tokens.

Crypto Millions Lotto is the trading name of UK based Wilmington Holdings PLC.

Atalanta is a professional football club based in Bergamo that plays in Serie A, Italy’s premier league. The club is nicknamed La Dea, the Nerazzurri and the Orobici. Founded in 1907, Atalanta play in black-and-blue colours. Their stadium is the 21,300 seat Gewiss Stadium.

In 2019-20, Atalanta reached the quarter finals of the UEFA Champions League and were beaten by finalists Paris Saint-Germain. They have managed to qualify for the same competition this 2020-21 season and hope to better last season’s achievements.