Asia Broadband Inc. (OTC: AABB) is a resource company focused on the production, supply and sale of precious and base metals, primarily to Asian markets.

The company utilizes its specific geographic expertise, experience and extensive industry contacts to facilitate its innovative distribution process from the production and supply of precious and base metals in Mexico to client sales networks in Asia. This vertically integrated approach to sales transactions differentiates Asia Broadband from its competitors in the mining space.

In October 2020, Asia Broadband announced its acquisition of a high potential mineral property in the state of Colima, Mexico. Per the press release, previous geophysics and groundwork have revealed strong indications of significant mineralization in multiple sectors of the property.

The company recently began the construction of exploration and development facilities and infrastructure roads on its Colima property, and plans are underway to extend previous geophysics and groundwork on the property. In January 2021, Asia Broadband announced its allocation of $10 million for the initial development program, with the aim of accelerating operations at the Colima site toward production.

Positioned in a major gold-iron-copper production area, the company’s Colima property is situated approximately 25 kilometers east of the Pena Colorada mine in Minatitlan, Mexico. It is advantageously located, with direct access to main Highway #3, and the property also has an essential natural water supply.

In December 2020, Asia Broadband announced its entry into a definitive development agreement with Core State Holdings Corp., a digital assets and crypto wallet creator, to produce a white label gold-backed cryptocurrency coin. The AABB Gold token is an ERC-20 token being developed on the Ethereum blockchain.

In a February 2021 news release, the company provided a development update on the cryptocurrency token, noting that Core State Holdings Corp. “is continuing to modify the set-up and move through the final stages of testing of the iOS and Android AABB Wallet applications, including the implementation of an application interface to allow users to see the real-time exchange rate of gold that backs the price of the AABB Gold token set at one-tenth of a gram or approximately $5.80 USD.”

Core State Holdings Corp. has also continued to enhance www.AABBGoldToken.com, which the company notes will be the go-to knowledge base for all information concerning the soon-to-be launched AABB Wallet and AABB Gold token.

AABB’s primary goal for the token is to become a worldwide standard of exchange – secured and trusted with gold backing – by expanding circulation and targeting large population and high growth markets globally, including China and East Asia. 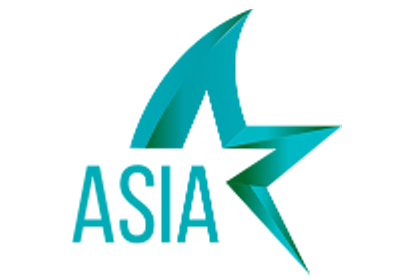